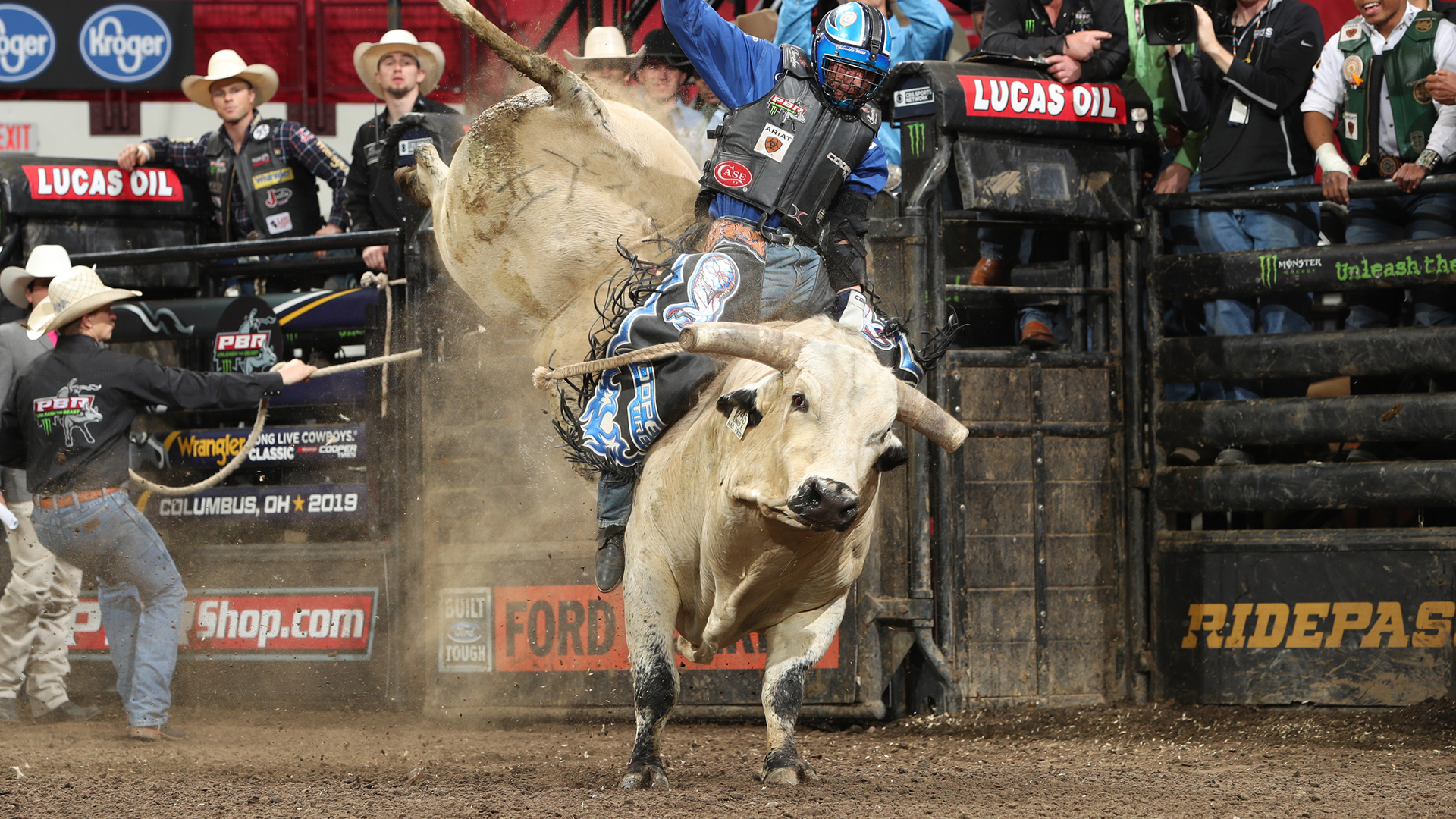 It wasn’t until an instant replay review showed that the No. 7 rider in the world standings lost his bull rope at 7.7 seconds.

“I should have had him,” Dirteater said. “With a little more try, I could have had him. I just know you have to stay to the front and keep hustling along. I knew that going into it.”

Dirteater almost became the first rider to ever reach 8 seconds on Bad Touch at all levels of competition during the Wrangler Long Live Cowboys Classic, presented by Cooper Tires.

Instead, Bad Touch improves to 32-0 on the premier series and 47-0 overall.

“When you are at the bottom of the draft, you are going to get on one that nobody wants,” Dirteater said. “He is one of them, but he definitely bucks. He bucks.”

Bad Touch was marked only 41.25 points and actually gave Dirteater a decent shot at riding him. Dirteater confidently went at the normally wild and unpredictable bull as Bad Touch turned into the Hulbert, Oklahoma, native’s left hand before becoming a little sluggish near the bucking chutes and lunging forward again, yanking on Dirteater’s riding hand.

Dirteater’s 7.7 seconds is the longest that any rider has made it on the back of Bad Touch, who turned 9 years old on Thursday.

“To come that close on this bull, nobody likes this bull form a rider’s standpoint,” two-time World Champion and CBS Sports Network analyst Justin McBride said on air. “He is not like a (SweetPro’s) Bruiser or top-level bulls, but he is great at getting his job done and putting guys on the ground.”

It was a home game of sorts for Bad Touch as well.

Bad Touch heads back home tied with Heartbreak Kid for the most consecutive buckoffs on the Unleash The Beast among active bulls with 32 and the fifth-most all time.

Heartbreak Kid bucked off Mason Taylor in 1.82 seconds during the 15/15 Bucking Battle this weekend for his 32nd consecutive buckoff.

Dirteater knew he missed a big opportunity Sunday afternoon, but he believes next time he can finish the job.

“That is a great bull of K-Bar-C Bucking Bulls,” Dirteater concluded. “I will try him again some time.”