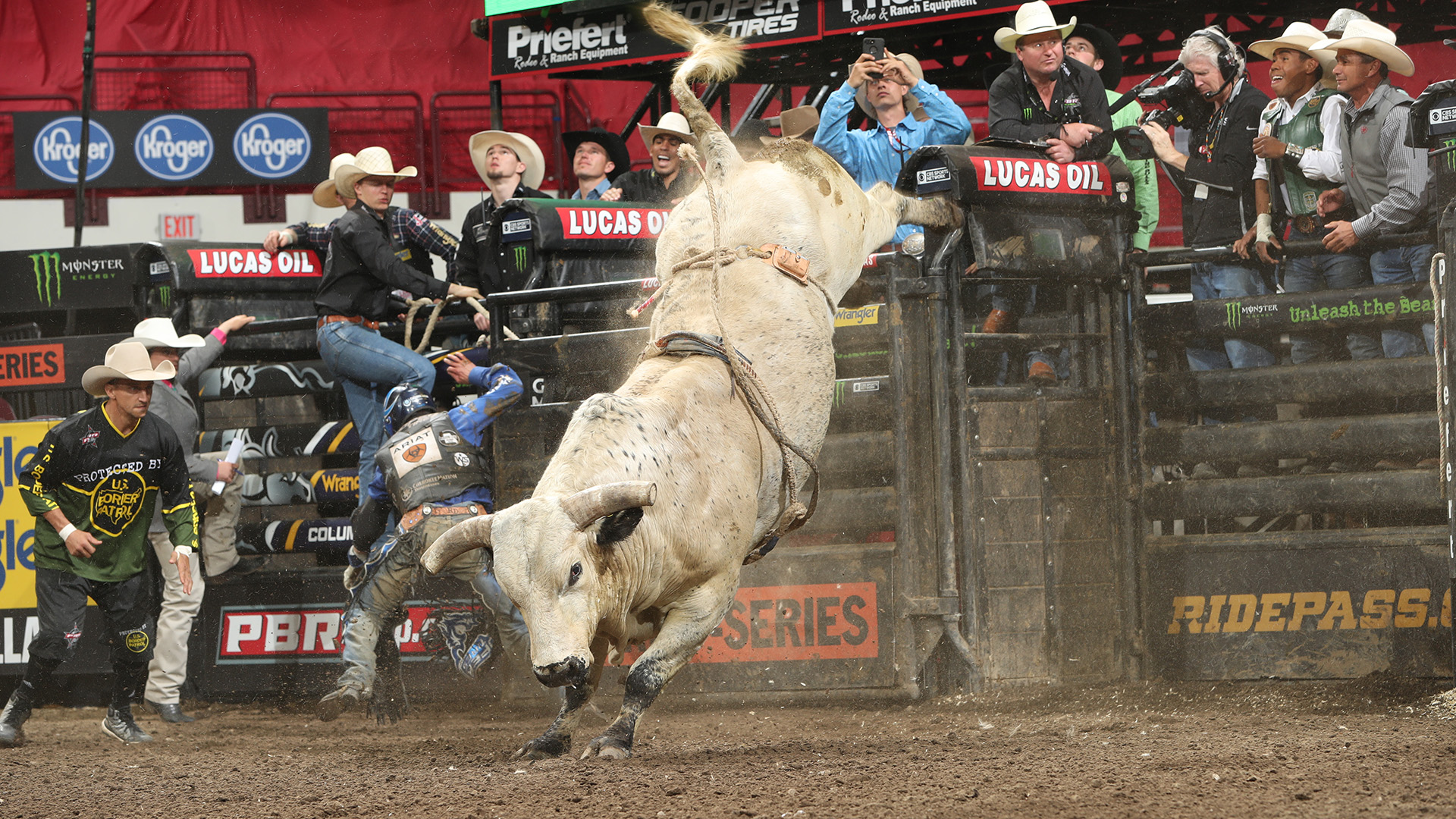 GREEN BAY, Wis. – Derek Kolbaba has won more than $125,000 at the last two WCRA events he has competed in, but for him to win an additional $50,000 Saturday night at the Resch Center he is going to have to do something that no cowboy has done so far.

One of the marquee matchups will be Friday night’s PBR Round 1 winner, Kolbaba, against Bad Touch.

Bad Touch is 47-0 at all levels of competition, according to Probullstats, and 32-0 on the PBR’s premier series.

Kolbaba and Bad Touch have never matched up before.

Kolbaba said every bull rider gets fired up when the opportunity to be a dragon slayer is there in front of them.

“That is what we want to be,” he said. “The guy that rode the unrideable bulls, and that would be one to start with.”

No bull rider has been a bigger fan of the WCRA than Kolbaba.

The Walla Walla, Washington, bull rider won $58,000 last summer when he rode SweetPro’s Bruiser for 89 points at the Days of ’47 Cowboy Games & Rodeo. He then took home another $67,675.91 this past January when he won the Windy City Roundup in Chicago with 83 points on Reign Lashes Testified.

“I am excited,” Kolbaba said. “I have had a lot of luck at those deals. You show up and ride your bulls and it will all work out.”

The winner of the bull riding event at the Title Town Stampede takes home a minimum of $50,000 and 170 points toward the PBR world standings.

Fans can watch the long round exclusively on RidePass beginning at 7 p.m. ET. CBS national television will broadcast the conclusion of the rodeo Sunday at 1:30 p.m. ET.

Kolbaba won Round 1 Friday night with 89 points on Handsome Jeff.

“He started right there to the left, and I knew that was right in my cup of tea,” he said. “It was great.”

The bull rider with the highest score in the championship round will be the event winner.

Leme – the No. 1 bull rider in the world – won the bull riding competition at the inaugural WCRA Rodeo Showdown at Helldorado Days in Las Vegas last spring with a 90-point ride on Bottoms Up.

Both he and Claudio Montanha Jr. failed to record a qualified ride in the championship round.

Leme has the only rematch in Round 1 after previously riding Talking Smack for 87.5 points last year in Atlantic City, New Jersey. Talking Smack also bucked him off in 3.79 seconds in Tacoma, Washington, last season.