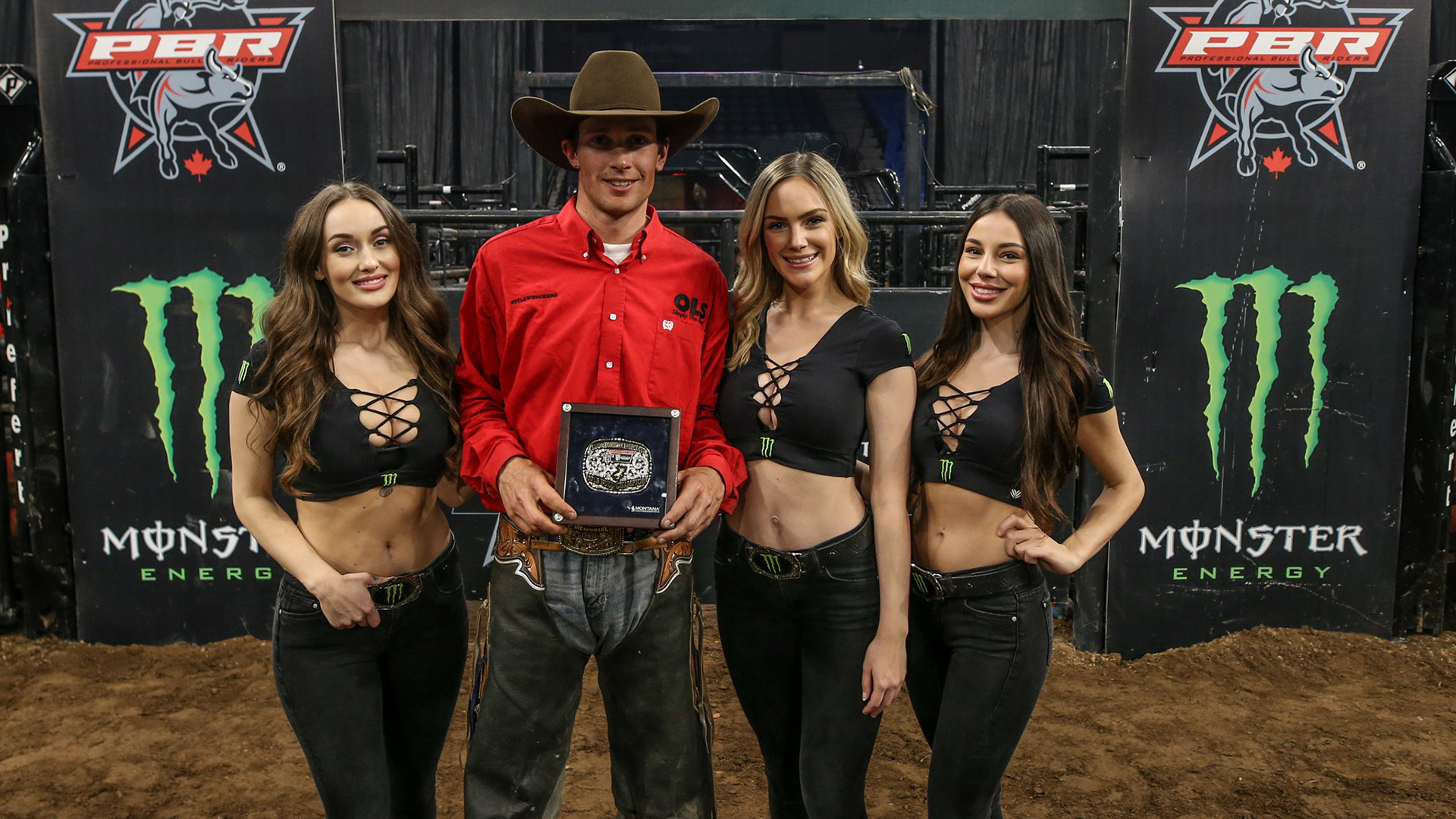 HALIFAX, Nova Scotia – As the lone rider to deliver a flawless performance inside the Scotiabank Centre, Jared Parsonage (Maple Creek, Saskatchewan) captured the third PBR (Professional Bull Riders) Monster Energy Tour event win of his career, victorious at the Halifax Toughest Cowboy to surge to the top of the Canadian national standings.

The Saskatchewan man continued the momentum in Round 2 covering Tramp Brew (R Saga Ranch) for 68.5 points.

Second overall in the event heading into the championship round, Parsonage prepared for a showdown with the high-marked bull of the event from the most recent Monster Energy Tour stop in nearby Moncton – Cause n’ Effect (R Saga Ranch).

Met by a raucous cheer from the electric crowd, Parsonage remained flawless when he reached the whistle atop the bovine athlete for a score of 84 points.

While he trailed Jordan Hansen (Okotoks, Alberta) by 190 points prior to the event, Parsonage surge to the top of the Canadian rankings, now 202.08 points in front of No. 2 Daylon Swearingen (Piffard, New York).

Also gaining crucial ground in the world rankings, the 26-year-old climbed from No. 53 to No. 38 in the world, now just 62.5 points outside of the Top 35 and a berth onto the elite Unleash The Beast.

Rookie of the Year contender Swearingen finished second to net $4,457.90, in addition to 390 Canadian and 90 world points.

He began the event on a strong note, winning Round 1 courtesy of an 84.5-point trip aboard Big Tymer (Vold Rodeo). For Swearingen, the showdown was a rematch of a heart-breaking 3.92-second buckoff from the Canadian Iron Cowboy International Major in Quebec City in early May.

Retaining his spot atop the leaderboard, Swearingen improved to 2-for-2 when he covered Hammer Down (Triple R Bull Co.) for 79 points in Round 2. His perfect streak, however, came to an end when he was bested by PBR World Finals qualifier Tykro Pound Sand (Wild Hoggs/Corey Chmelnyk) in 7.76 seconds.

While he rose from No. 3 to No. 2 in the national standings, he gained even more ground in the broader PBR world rankings. Entering the event as the No. 22 in the world, he is now No. 18. He will now return to Green Bay, Wisconsin where he will continue competing on the elite Unleash The Beast event, set to hold Round 2 and the championship round on Sunday, June 2.

Cody Casper (Newport, Washington) and Todd Chotowetz (Major, Saskatchewan) tied for third after the duo tied for the championship round win with matching 86-point rides.

For Casper his 8-second effort was earned atop All Access (Vold Rodeo), while Chotowetz covered two-time Monster Energy Tour bull of the event One for the Money (Vold Rodeo).

In the Canadian national standings, Casper rose from No. 30 to No. 16, while he climbed from No. 59 to No. 52 in the world standings. For Chotowetz, he also gained ground in the Canadian standings, now No. 9, after beginning the stop No. 17.

Rounding out the Top 5 was Shay Marks (Sunnybrook, Alberta) whose finish was backed by an 82-point ride on Diesel (Vold Rodeo/T-Hanging Heart Ranch) in Round 2. The top-marked score in the round helped Marks collect a check for $1,530.50, 165 Canadian and 15 world points.

He remained No. 4 in the nation and now trails No. 1 Parsonage by 515 points.

Uptown Funk (Vold Rodeo) and One for the Money tied for bull of the event honors after both earned 43-point bull scores. Both from reining Stock Contractor of the Year Nansen Vold, Uptown Funk earned the marks for his 3.44-second buckoff of Zane Lambert (Ponoka, Alberta), while One for the Money recorded the marks in his qualified ride with Chotowetz.

Fans can relive all the action from the Halifax Toughest Cowboy, presented by GO! Store, Sunday, June 2 at 8:00 a.m. EDT on RidePass. The event will also be broadcast on TSN2 on Tuesday, July 23 at 7:30 p.m. EDT.