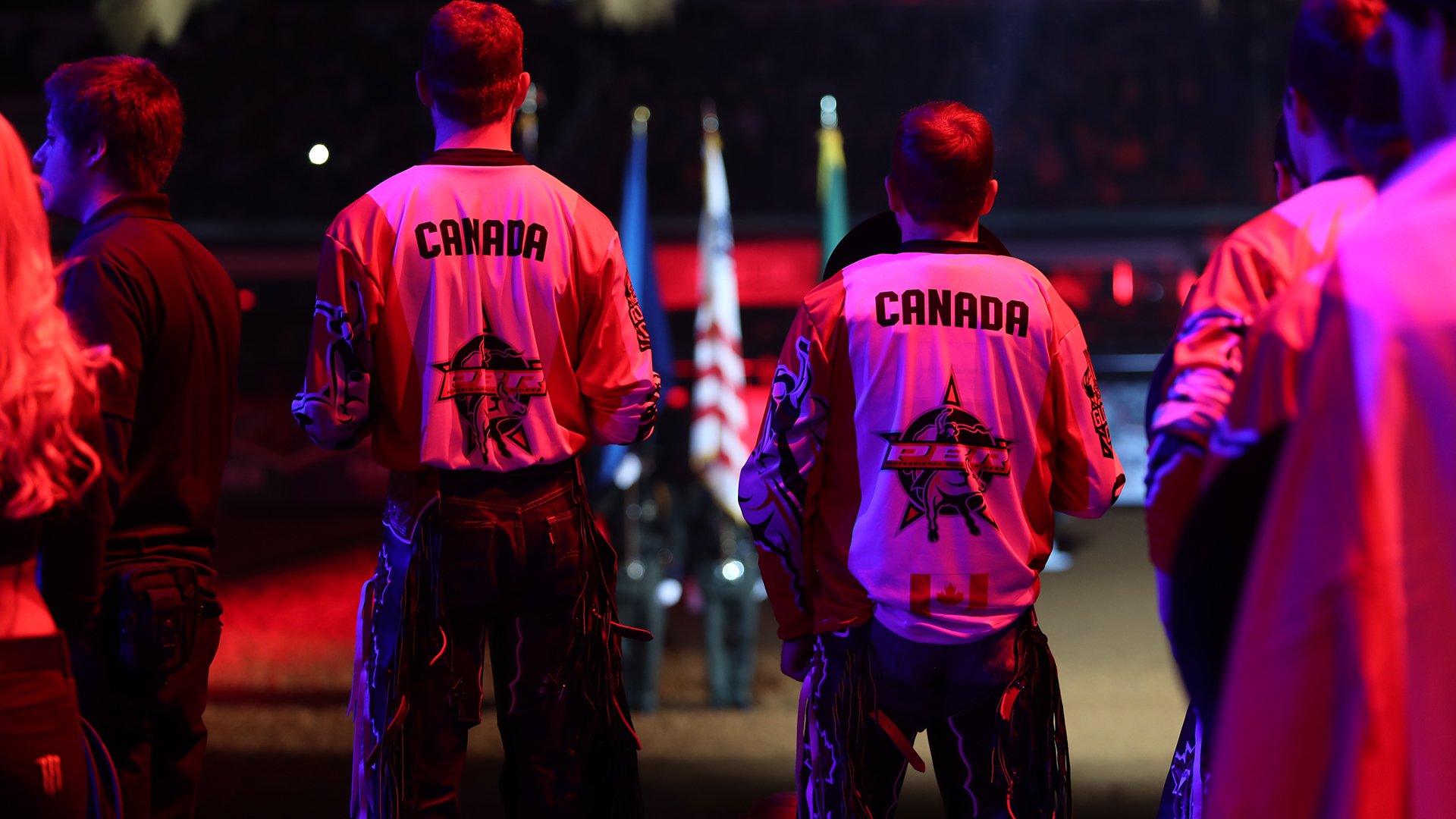 NEW YORK – In the sport of professional bull riding, the PBR Global Cup is the most emphatic representation of national pride. Shedding their individuality, riders ban together in national teams to compete for the title of “Toughest Nation on Dirt” and the very soil they ride upon encapsulated inside the glittering horns of the event’s trophy.

On Canada Day, PBR.com looks back at the nation’s Top-5 moments through the first three editions of the five-nation spectacle.
With the Team Canada coaches and riders yet to be revealed for the 2020 edition of the event in Arlington, Texas, who will next etch their name in the Canadian record books?

Tickets for the 2020 WinStar World Casino and Resort PBR Global Cup USA, presented by Monster Energy are on sale now and start at just $10. They can be purchased at the AT&T Stadium Box Office, online at ATTStadium.com or SeatGeek.com, or via the phone at (800) 732-1727.

For more information on the event, including premium experience and elite seats offerings, visit PBR.com/GlobalCup.

Riding for Team Canada on home soil in Edmonton, Coy Robbins caught the attention of many, including three-time PBR World Champion Adriano Moraes who admired the Albertan’s heart and try. Riding his way into a Team Canada jersey via the qualifier, Robbins was quick to display his skill, riding Plenty Cool for 85.25 points in his first out.

At the inaugural PBR Global Cup, a rookie and veteran athlete teamed up for one of the event’s most memorable rides – Lonnie West and Pound The Alarm. That season, “Pound,” the 2013 PBR Canada Bull of the Year and Bull of the Finals, returned home after competing for numerous years stateside on the elite PBR premier series. On the opposite end of the spectrum, young gun Lonnie West began to establish a name for himself as one of the nation’s top rising talents, notably winning the qualifier to earn his spot on the team. Their meeting would mark Pound The Alarm’s final out before retiring. Punctuating the bovine athlete’s career, West covered him for 86.5 points – Team Canada’s second highest-marked ride at a Global Cup to date.

At no other PBR event is national pride more evident than the PBR Global Cup – and that was undeniable on the first night of competition inside Rogers Place in Edmonton, Alberta, for the inaugural edition of the five-nation event. With the home nation crowd brought to the edge of its seat, Dakota Buttar set the event forth on the highest of notes, covering Canadian-raised bucking bull Big Shot for 84.25 points as the first man to ever attempt a bovine athlete at a PBR Global Cup. The score was the first of six for the nation, which concluded the first night of competition atop the leaderboard as they fought to defend home soil.

While Team Canada struggled in Arlington at the most recent edition of the PBR Global Cup, Jordan Hansen delivered an admirable 2-for-4 showing in his debut at the international bull riding event. Facing what could have been a shutout on the first night of competition inside AT&T Stadium, the Okotoks, Alberta, native reached the 8-second whistle aboard Bottoms Up in the evening’s bonus round to put the Great White North on the leaderboard before Jerry World emptied for the night. Not only did the ride provide a needed confidence boost for the nation, but it is also Canada’s high-marked ride to date at a PBR Global Cup.

While Byrne’s 86-point ride aboard Fully Locked & Loaded in Sydney may not be Team Canada’s top score at a PBR Global Cup, tied for third highest historically, it is the nation’s top moment for many reasons. First, when Byrne reached the 8-second whistle he became the first Canadian to go a perfect 4-for-4 at a PBR Global Cup. He finished just a mere 2.5 points behind Kaique Pacheco in the individual aggregate. Second, the score was the high-marked ride of the final bonus round and propelled Canada to a third-place finish overall, trailing event-winning Team Brazil by 19.75 points and runner-up Team Australia by 19 points.