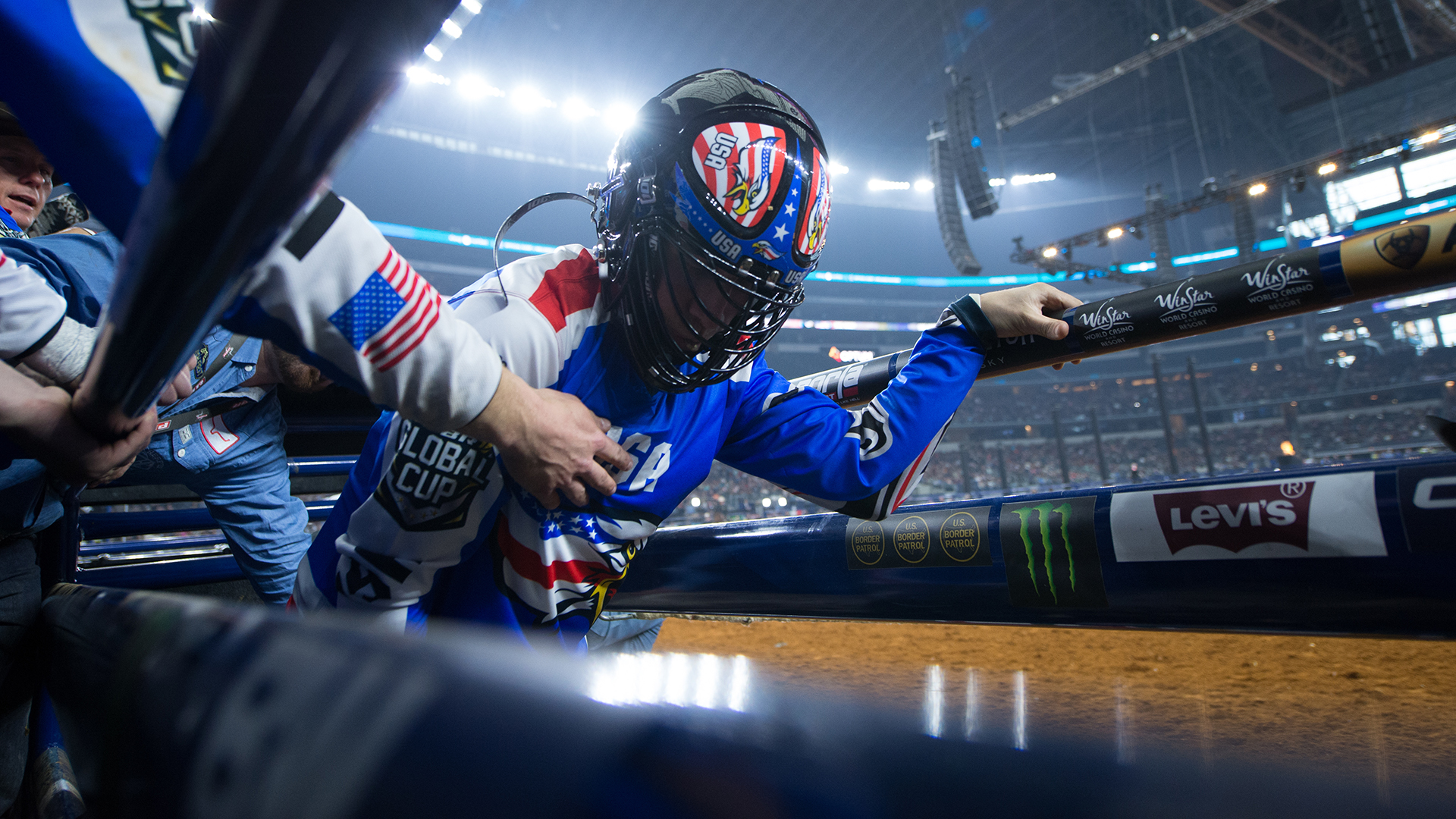 Kimzey won the Calgary Stampede for a third time this past weekend when he defeated world No. 1 Jose Vitor Leme, No. 2 Jess Lockwood and PBR Canada No. 1 Jared Parsonage with a 92.5-point ride on Night Moves on Showdown Sunday.

Competing alongside the best bull riders in the world, Kimzey once again held his own.

Kimzey tied with Leme for the Pool B victory at the Stampede by going 3-for-4 in pool play, highlighted by a 91-point ride on Nickle Package. The Strong City, Oklahoma, native then rolled the dice on Showdown Sunday by turning down a re-ride option and keeping his 78.5-point score on Panda Haus.

The risky decision betting against some of the world's best bull riders paid off as Cody Teel, Chase Outlaw and Ryan Dirteater all bucked off, while Lockwood and Leme made the 8 seconds to join Kimzey and Parsonage in the Final 4.

Regardless of how he got there, the Calgary Stampede was just another example of Kimzey’s ability to compete alongside the world’s best bull riders.

Kimzey rode Rising Sun for 87.75 points and Gambini for 90 points in one of the marquee bull ridings of the summer.

After being named coach of the Eagles for a fourth time at the end of June, McBride said that he would definitely consider Kimzey for his Global Cup team.

Kimzey was a last-minute addition to Team USA this past February at the 2019 Global Cup USA. He wound up riding Pure Gangster for 87.75 points when stepping in to replace Lockwood (broken collarbone) on the final night of competition.

“I love what Sage did last year stepping in,” McBride said. “We will have to look at the schedule and see what his availability is.”

Kimzey said in Bismarck that he would certainly ride for Team USA in 2020 as long as his schedule would allow for it.

The opportunity to try to help lead Team USA back to Global Cup dominance is one that would mean a lot.

Team Brazil has won the last two Global Cups by one qualified ride since the Americans took the inaugural title in Edmonton, Alberta, two years ago.

“Hopefully the rodeo schedule isn’t going to conflict and I would definitely be available for (the Global Cup),” Kimzey said. “I would for sure like to use my talent for Team USA and hopefully come out with a victory this year. It has been away from the red, white and blue long enough.

“Global Cup was one of my favorite events I have been to. To be on the team like that and have the USA on the chest is pretty special, for sure.”

Kimzey could be a great addition for the Eagles in 2020.

He was not only victorious in Calgary and Bismarck, but he also posted two 90-point rides during his 4-for-4 winning performance at the historic Reno Rodeo in June.

The PRCA champion bull rider is based on money earned over the course of the season and at the Wrangler National Finals Rodeo, unlike the PBR, which uses a worldwide points system.

The PRCA is where Kimzey will be keeping his focus for the time being. He has stated on multiple occasions that he aspires to break Donnie Gay’s PRCA record of eight bull riding championships.

“I’ve got five gold buckles in the bank, and I am still moving towards that ninth one,” Kimzey said. “The PBR has been great to me, and I always really enjoyed the opportunities the PBR has given me. Right now, still no immediate plans (to try riding on the Unleash The Beast). Everything is open to change, and we will just play it by ear.”

However, for one weekend you can bet on Kimzey representing his country if he is indeed called upon.

The experience in February was his first taste of the Global Cup, and Kimzey admitted it was an even better experience than what he imagined.

“It was a lot cooler than what I had expected,” Kimzey said. “It was just fun. I don’t even know how to put it into words what the feeling was. Rodeo is such an individual sport. To be a part of a team, but not only a part of a team that is just you and the guys you are riding with, but also for America – that gets your blood pumping a little more.”