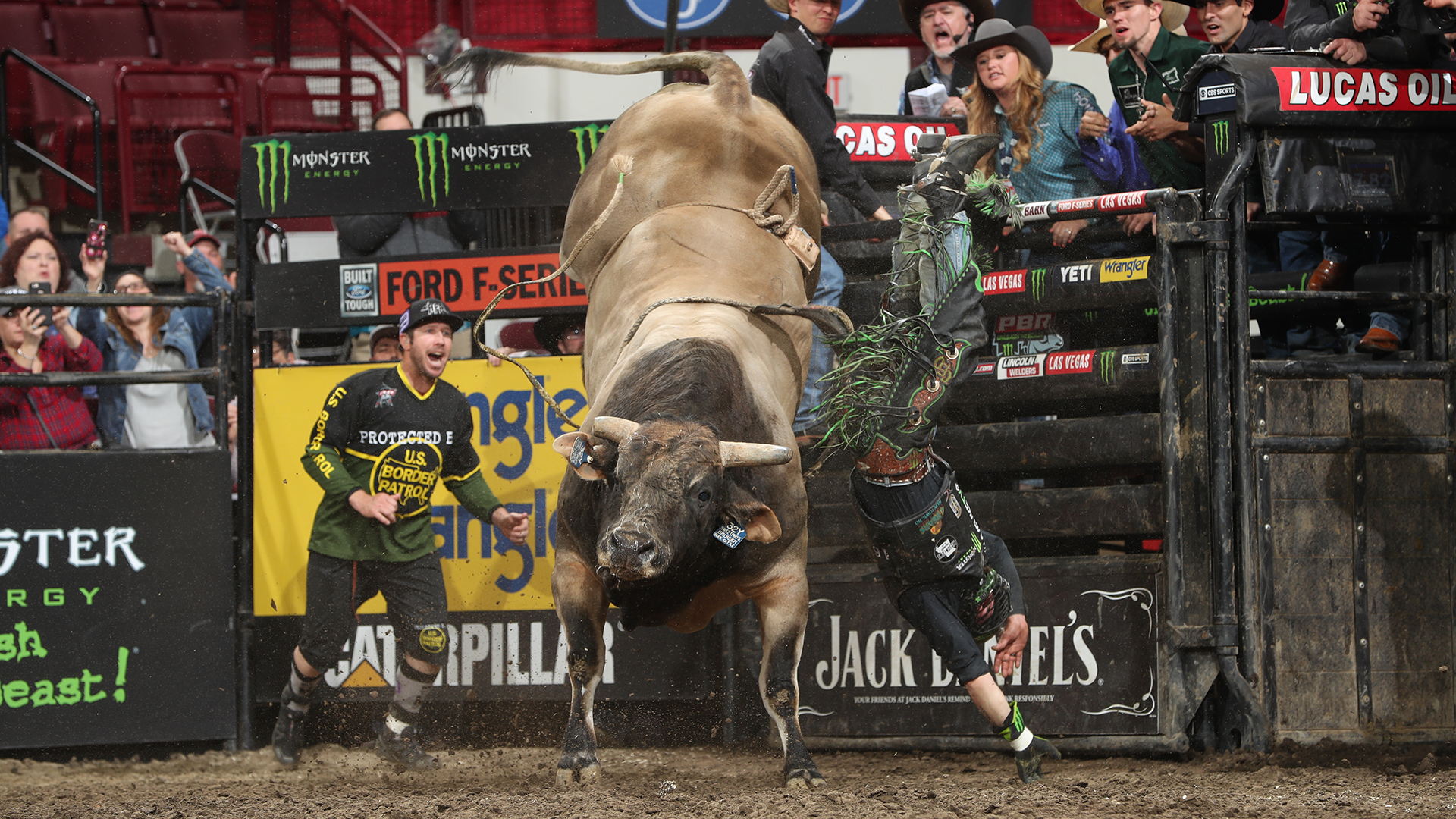 PUEBLO, Colo. – The stakes are always higher when it comes time for a PBR Major, and that is certainly going to be the case at Last Cowboy Standing on Monday and Tuesday night in Cheyenne, Wyoming.

One rider can win potentially 1,250 points toward the world standings and upwards of $100,000.

To do so, that rider will likely have to conquer either SweetPro’s Bruiser or Cochise in the fifth and final round of the competition, which will come following multiple tests against some of the rankest bulls in the world in the first four rounds.

In fact, PBR Director of Livestock Cody Lambert has assembled one of the strongest bull pens of the 2019 Unleash The Beast season for Cheyenne. Eight of the Top 10 bulls in the 2019 YETI World Championship race are slated to buck in Cheyenne as the likes of D&H Cattle Company, Chad Berger, Gene Owen and J.W. Hart are set to haul their best bulls to The Cowboy State.

“We’ve got in early rounds Smooth Operator, Legit and a whole bunch of really good ones,” Lambert said during this week’s CBS Sports Network television production call.  “Canadian Mist. There is a whole lot of bulls. The second day are bulls-that-can-be-at-the-Finals great. It is a pretty tough day.”

Last Cowboy Standing is a progressive elimination event with advancement beginning in Round 2 based upon aggregate (total ride) scores in the event.

Forty riders will compete in Round 1, with the Top 25 scores advancing to Round 2. The Top 8 riders via aggregate score following the second round will then advance to Round 3. Round 4 will then consist of the top four riders in the aggregate based upon the previous three rounds.

RELATED: Don’t miss the action in Cheyenne for only $41

The Top 4 riders in the world are separated by less than 500 points, and No. 1 Jose Vitor Leme, No. 2 Jess Lockwood, No. 3 Chase Outlaw or No. 4 Joao Ricardo Vieira could each leave Cheyenne atop the world standings.

Unlike regular Unleash The Beast events, Last Cowboy Standing will award 125 points for each round winner, seeing as the event is a PBR Major.

Leme has drawn Hot Habanero (2-3, UTB) for Round 1 on Monday evening.

The 22-year-old is looking to become the seventh Brazilian bull rider to win a PBR Major. Brazilian riders have won 11 of the 17 PBR Majors.

There are six riders inside the Top 40 unable to compete because of injury or personal reasons – No. 19 Cannon Cravens (broken left leg), No. 28 Colten Jesse (reconstructive shoulder surgery), No. 32 Jared Parsonage (declined alternate spot), No. 36 Cody Heffernan (torn knee ligaments), No. 39 Kurt Shephard (could not make it from Australia to the United States in time) and No. 40 Koal Livingston (multiple injuries).

Fielder and No. 12 Aaron Kleier will be making their Unleash The Beast debuts in Cheyenne after previously competing for Team Australia at the Global Cup USA in February.

Kleier – the reigning PBR Australia champion and No. 1 bull rider in Australia – has drawn Dixie Explosion (3-1, UTB) while Fielder, No. 3 in PBR Australia, squares off against Invizibull Fire (0-2, UTB),

Burtenshaw makes his return to the UTB for the first time since breaking his right collarbone for a second consecutive season while attempting to ride Strange Cargo (6.46 seconds) in Sacramento, California, on Jan. 25.

The 25-year-old returned to action in Australia three months ago, and he is 2-for-8 in Australia and at the Touring Pro Division level. Burtenshaw was bucked off by Fantastic Wednesday night at the Santa Barbara, California, TPD event.

Burtenshaw’s two rides came at PBR Australia’s State of Origin, where he tied with Mitch Paton for the individual aggregate title.

Burtenshaw gets a rematch against Terror Struck in Round 1. Terror Struck bucked him off in 6.75 seconds last year in Springfield, Missouri.