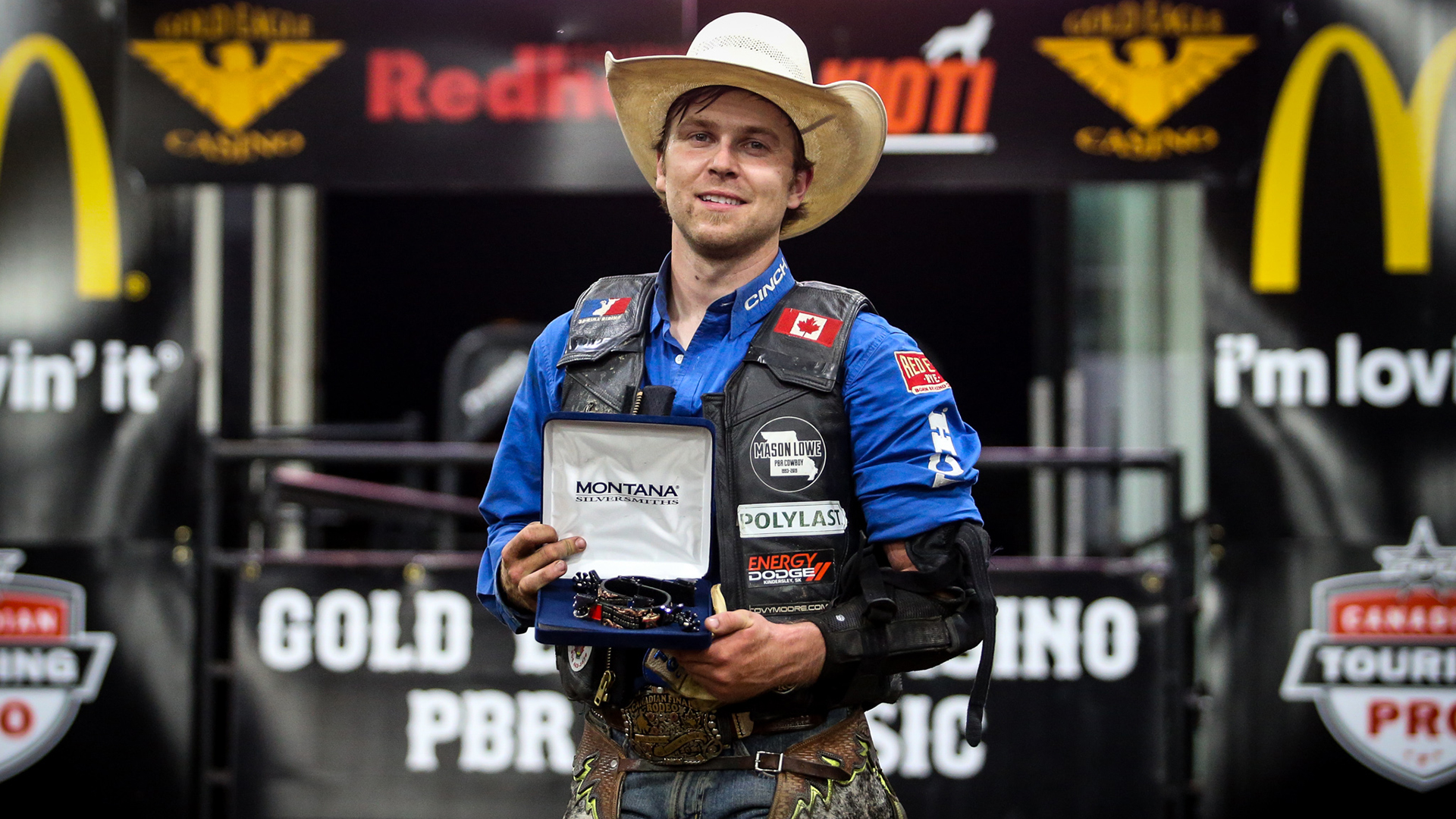 The two-time Glen Keeley Award winner set the tone for the event early, recording the top marks in Round 1 when he made the 8 aboard Devour (Vold Rodeo) for 84 points.

As the last man to erupt from the chutes in the championship round, Buttar continued the momentum, riding Rat Trap (Flying Four Bucking Bulls) for an event-best 87.5 points.

It is a significant bump for Buttar as the 26-year-old attempts to stay ranked inside the Top 35 during the two-week Unleash The Beast break. The UTB resumes on Aug. 9-10 with the Express Ranches Classic, presented by Osage Casino.

Buttar picked up 60 world points, and as of Friday morning, he had moved up from No. 34 to No. 31 in the world standings.

In the national standings, Buttar climbed from No. 5 to No. 3 and now trails No. 1 Jared Parsonage (Maple Creek, Saskatchewan) by a mere 474.99 points.

The 2019 PBR Canada season will culminate in Saskatoon, Saskatchewan on Nov. 22-23 when the Top 20 riders from the national standings will battle it out inside the SaskTel Centre for the PBR Championship and $50,000 bonus.

In Round 1 Robbins rode Swagger (Vold Rodeo/Dynamite Buckers) for 83 points, which he followed with an 87-point trip atop Kool Aid (R Saga Ranch) in the championship round.

Continuing his triumphant return from knee surgery, which relegated him to the sidelines for the entirety of the first half, Brock Radford (De Winton, Alberta) finished third. Much like Robbins, the finish was also a season-best for Radford.

Radford’s qualified rides were earned aboard Can’t Catch Me (Wild Hoggs Bucking Bulls) for 83.5 points in Round 1, and Twist of Barbwire (Thompson Rodeo Livestock) for 85.5 points in the final round.

As he looks to qualify for his fifth consecutive PBR Canada Finals, Radford gained significant ground in the national standings. Ranked No. 41 prior to the event, he is now No. 29 in Canada, 227.08 points outside of the Top 20.

The final rider to go a perfect 2-for-2, Kleier was marked 78 points on Mystic (R Saga Ranch) in Round 1, and 86 points on Finning Twitch (Flying Four Bucking Bulls) in the championship round.

Since arriving in North America prior to the Cluny, Alberta Touring Pro Division event on July 1, Kleier has been a dominant presence on Canadian soil. Riding at eight events he has recorded five Top-10 efforts.

As the current No. 1 man in the Australian standings, Kleier is now ranked No. 18 in Canada, up from No. 21.

Rounding out the Top 5 was Todd Chotowetz (Major, Saskatchewan), whose finish was backed by an 82.5-point ride on Smash (Skori Bucking Bulls) in Round 1.

As the final rider to record a qualified ride, covering Finning Overhaul (Flying Four Bucking Bulls) for 81 points in Round 1, Parsonage finished seventh.