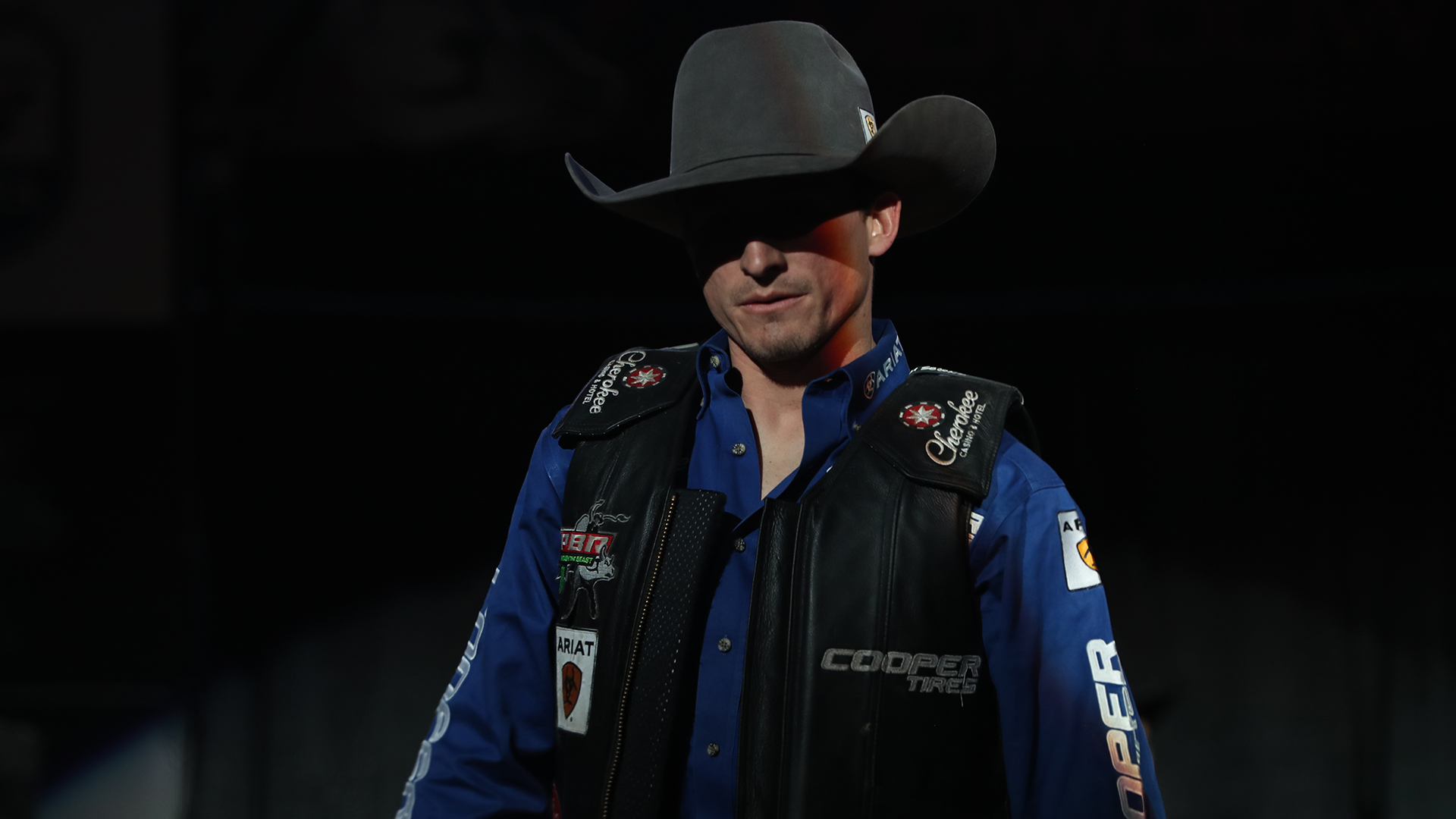 PUEBLO, Colo. – Ryan Dirteater is one of the best bull riders in the world, currently sitting at No. 9 in the PBR world standings.

But on his days off, you can often find him covered in dirt for a very different reason.

Dirteater’s father, Randy, is a plumber by trade, and Ryan grew up helping his dad on various jobs. And if you thought he’d give up working with his dad when he became a professional athlete, well, you’ve got another thing coming.

Randy has been in the plumbing business for 25 years, but made it full-time and official five years ago when he founded the aptly named 4-DIRT’S Plumbing in honor of his four kids.

“It’s like I was born to do that, along with raising kids, like Ryan, on the rodeo trail,” Randy said. “It’s a good business. It got him up and down the road when he was a kid. That’s basically one of the things I took up after I knew I couldn’t rodeo much, so I took on the plumbing trade. It’s kept the family in good standings.”

When his dad was working, Ryan would often tag along. While it came with the benefit of hanging out with his dad, he was always put to good use.

“When he was a kid he dove in there, followed me around to some jobs, and was just there to have company, put it that way,” Randy said. “He was always a helpful kid though.

“There was times where, when he started his teen years off, he’d help me a lot. And I’d fall into situations where I needed a little digger, and he was my little digger,” he said with a laugh.

Ryan also recalled the days he spent digging up people’s yards as a teenager. Now 30 years old and with more resources at hand, he’s found new ways to get the job done.

“Oh man, I’ve got a lot of memories working on jobs with my dad,” Ryan said. “From cleaning out pipes to digging out trenches for water lines. I know I always used to have to use a shovel – I still do, but digging long water lines and drain lines with shovels, it gets old.

“About four years ago, I invested in a mini excavator. I told dad I would if I could get to where my budget was right, and sure enough, I went and bought a John Deere excavator, and I got to throw that shovel down a little while.”

With $1,664,540.44 earned thus far in his career, Dirteater’s budget certainly had the room to make plumbing work a little easier.

But the fact remains that he really doesn’t need to do it at all.

He continues doing the work – two or three days every week, and as many as five days a week when his bull riding schedule allows it – because working hard is simply the cowboy way.

Saturday, July 27, is the 15th annual National Day of the Cowboy, which takes place every year on the fourth Saturday of July.

There will be celebrations throughout the country today honoring the heritage of the American West.

Fans can donate to the National Day of the Cowboy in support of its Read ‘Em Cowboy campaign and be entered to win a VIP trip to the PBR World Finals.

Working hard and getting your hands dirty, not to mention helping out your parents, are just some of the things every cowboy should aspire to do.

There is also the added benefit to his bull riding career, Dirteater added.

“I do it just to stay productive,” Dirteater said. “Because we’re bull riders, we don’t have a normal day job. We’ve got to prepare ourselves to ride bulls, but I use that as part of my routine, hard labor work. That way I don’t take bull riding for granted. It don’t last long, and when you win, you win great money. And I just like to mix it up, do a little hard labor work, just to keep myself humble.”

Dirteater’s done some winning this season, taking the event victory at the Express Ranches Invitational on home soil in Oklahoma City. He’s also had four other Top-5 finishes on the Unleash The Beast and looks to be headed to his best end-of-season ranking since finishing No. 4 in 2016.

Most recently, he went 0-for-2 at Last Cowboy Standing at Cheyenne Frontier Days, bucking off Tried & Tested in 7.7 seconds and Soup in a Group in 5.68 seconds.

While it was agonizing to come so close to a qualified ride, Dirteater did have one silver lining: his dad and cousin, Anthony, were there in person to support him.

The trio made the 12-hour drive from Hulbert, Oklahoma, and stayed in a camper parked on the rodeo grounds, and Randy and Anthony were behind the chutes to watch Ryan ride.

“It’s one of those deals where it’s enjoyable because I get to see him hands-on, and be able to just be there like when he was a kid, and just mentor him a little bit,” Randy said. “‘Hey, hold your head up, get the next one.’ Basically just simple facts. Definitely not telling him how to ride, because he knows now. I say, ‘Hey, you know what to do, you’re a pro. Just do what you’ve got to do on the next one.’”

For Ryan, the next one will be back in his home state at the Express Ranches Classic, presented by Osage Casino, in Tulsa, Oklahoma, on Aug. 10-11.

Dirteater trails world No. 1 Chase Outlaw by 2,729.17 points, but closing a gap of that size is not unheard of before the PBR World Finals on Nov. 6-10.

“I’ve been feeling great, been riding good. Just draw the right bulls and keep my hand shut,” Dirteater said. “That’s all I can do.”

But even as he continues his pursuit of that elusive world title, you’ll still be able to find him laboring next to his dad on his days off.

It’s just the cowboy in him.

“I know that hard work goes a long way,” Dirteater said, “and it sure does make me enjoy the sport of bull riding. It’s either 8 seconds or eight hours.”