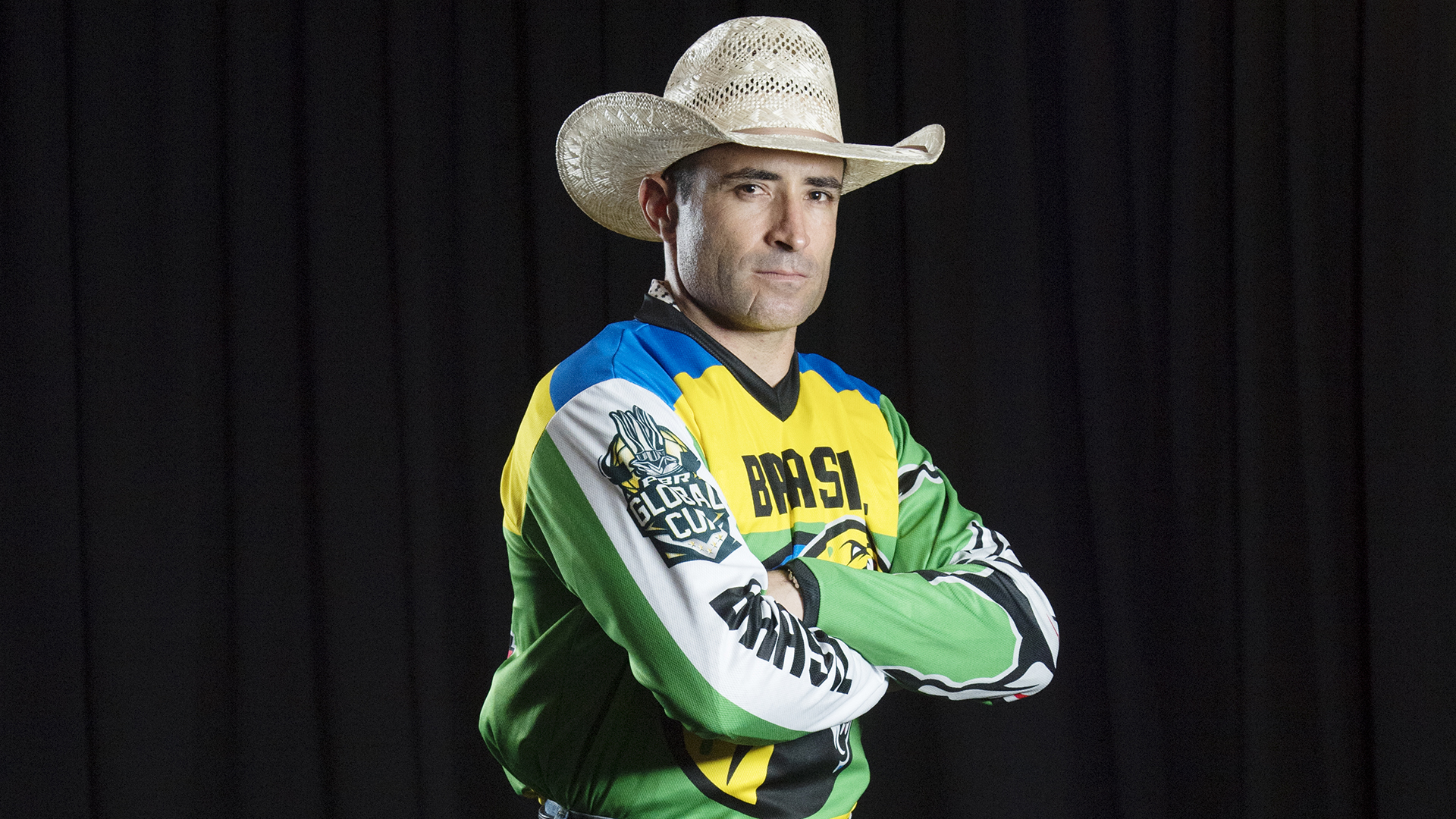 PBR’s all-time ride leader, who had been previously named the South American nation’s Assistant Coach, will replace Renato Nunes, who stepped down from the  primary leadership role due to the increasing time demands required in pursuing a third straight Global Cup title for Team Brazil.

“The PBR Global Cup format has already delivered three of the most thrilling and competitive bull riding events in history,” said Sean Gleason, PBR CEO. “We changed the rules to allow coaches to pick the entirety of their team because we are confident it will elevate the level of competition and deliver a better product for our fans.  Commensurate with that change is the expectation that the coaches accept the increased responsibility, commit to excellence and are able to dedicate the time necessary.  We believe Guilherme Marchi will deliver on all fronts.”

“The main thing to scout[ing] my team is I need to work on these guys mentally,” Marchi said. “Make sure the guys stay strong, stay together, and decide everything together.”

“I selected Robson because I’ve known Robson for a long time, and he’s a great professional,” Marchi said. “He knows how to work with the cowboys. If we need work mentally with those guys, Robson is the perfect guy to stay with me. And also those cowboys respect him a lot, he’s a great inspiration for those riders. [He and I] together, I think we’re going to be great, make a great team.”

The fourth edition of the PBR Global Cup, the only nation vs. nation bull riding competition, will make its second stop at AT&T Stadium in Arlington, Texas, on February 15-16, 2020. The new team tournament debuted in Edmonton, Alberta, in November 2017, visited Sydney, Australia, in June 2018, and most recently stopped in Arlington this past February.

After riding for his home nation at the inaugural Global Cup in Edmonton, and competing as an alternate in Sydney, Marchi will make his debut in a coaching capacity at the 2020 PBR Global Cup USA.

The accomplished Brazilian, however, is no stranger to providing mentorship and wisdom, traits which have been highlighted by the likes of three-time PBR World Champion Silvano Alves and reigning PBR World Champion Kaique Pacheco.

The recently retired Marchi, a 2019 PBR Ring of Honor Inductee, is one of bull riding’s most admired sportsmen and regarded among the greatest riders of all time, including leading the league in most career qualified rides on the premier series (635). “Mr. 600,” is ahead of the No.2-ranked riders in the category by more than 100 8-second efforts; 2004 World Champion Mike Lee and two-time PBR World Champion J.B. Mauney, are tied for second-place with 525 recorded rides.

The 2020 edition of the PBR Global Cup USA will mark the second time Palermo has represented his nation at the international event. In 2017, Palermo led Team Brazil to a second-place finish at the inaugural PBR Global Cup in Canada.

When Palermo’s retirement was commemorated at the 2019 edition of the Global Cup inside AT&T Stadium, he spoke to his desire to open a school or training facility for aspiring bull riders, highlighting his passion for mentoring the sport’s active talent.

Tickets for the 2020 WinStar World Casino and Resort PBR Global Cup USA, presented by Monster Energy are on sale now and start at just $10. They can be purchased at the AT&T Stadium Box Office, online at ATTStadium.com or SeatGeek.com, or via the phone at (800) 732-1727.

For more information on the event, including premium experience and elite seats offerings, visit PBR.com/GlobalCup.