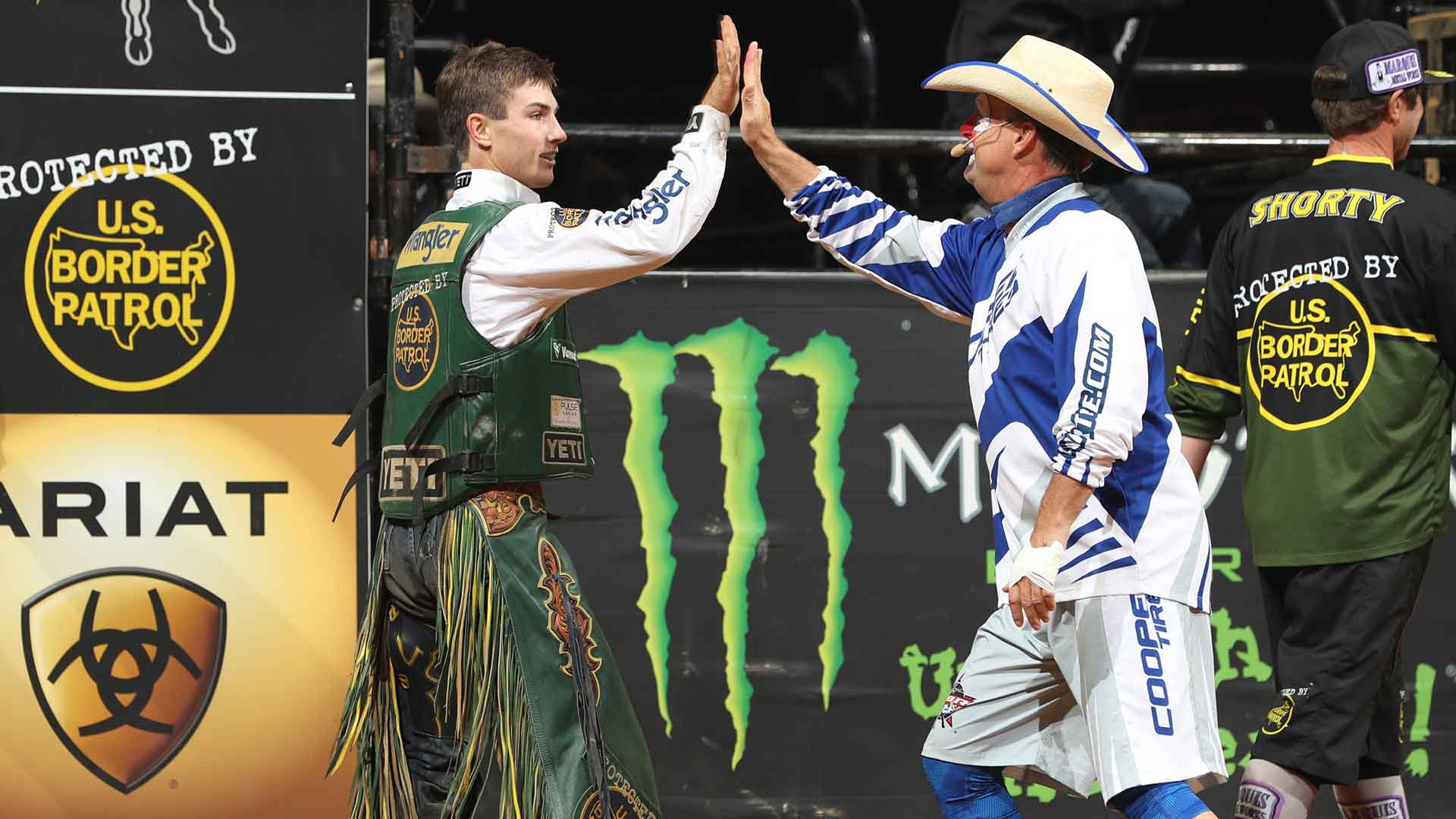 The Unleash The Beast returned for the stretch run to the World Finals and Jess Lockwood immediately had two event wins, the rookie class is making a name for itself and Bill The Butcher flashed his potential. Miss a moment of the action this weekend? Here’s what happened around the PBR.

Stop us if you’ve heard this before: Jess Lockwood is the world No. 1 bull rider.

Not only did Lockwood win the Express Ranches Classic, presented by Osage Casino and Hotel, he also won the accompanying 15/15 Bucking Battle. Not a bad weekend.

The Top 3 riders in the world standings are separated by less than 164 points. How’s that for a title race?!

Chase Outlaw may now be chasing the No. 1 ranking again, but he continues to display the gold buckle guts he’s made of.

Lockwood split the 15/15 win with rookie Daylon Swearingen, who took advantage of a last-minute opportunity to ride.

Dalton Kasel, another rookie, won Round 1 in Tulsa in his premier series debut, but this is no case of beginner’s luck.

Up north in PBR Canada…

Garrett Green went a perfect 2-for-2 to win the Elnora Brahma Rama.

Check out the best photos from day one and day two in Tulsa.

Green and yellow look good on you, Guilherme.

Ready to ride in my home state this weekend 💪👊#cherokeekid

You don’t need to speak Portuguese to know what this post says.